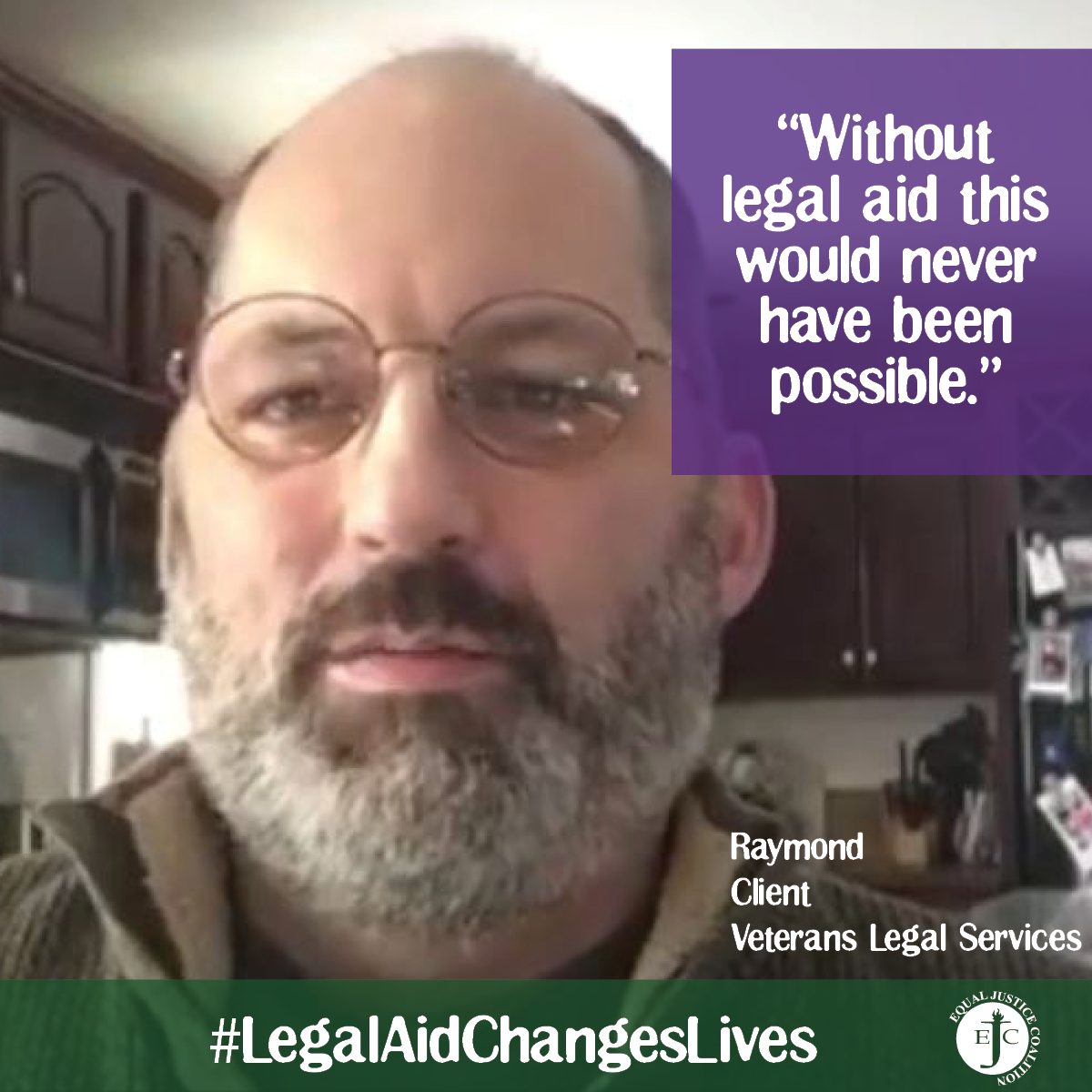 Raymond shared is story with hundreds of lawyers, law students, and advocates at Talk to the Hill for Civil Legal Aid in January 2021. Attendees of the virtual lobby day urged state legislators to increase funding for civil legal aid.

When Raymond found hazardous conditions in his rented duplex, he did what any tenant would do; he told his landlord. But rather than fix the dangerous problems, his landlord tried to evict Raymond and his family from their house.

A U.S. Army veteran who served in the 101st Airborne Division in Iraq and Afghanistan, Raymond reached out to Veterans Legal Services for help. In response, his landlord’s actions became untenable. She shut off his heat and hot water and began playing loud music throughout the day. “Each time my landlady pulled a stunt, I was able to reach out to the attorneys at Veterans Legal Services and they were able to get our hot water turned back on, get the heat turned back and, and get the music to stop coming through the walls,” Raymond said.

In October 2020, eight months after the harassment started, Raymond’s landlord sold the home. The new owners offered him a one-year lease and the possibility of purchasing his half of the duplex.

“Thanks to the lawyers and Julie [Frohlich] of Veterans Legal Services, not only were we able to keep our home and keep from being thrown out on the streets, but now we have the opportunity to purchase the home.” Without them, he said, “this would never have been possible.”