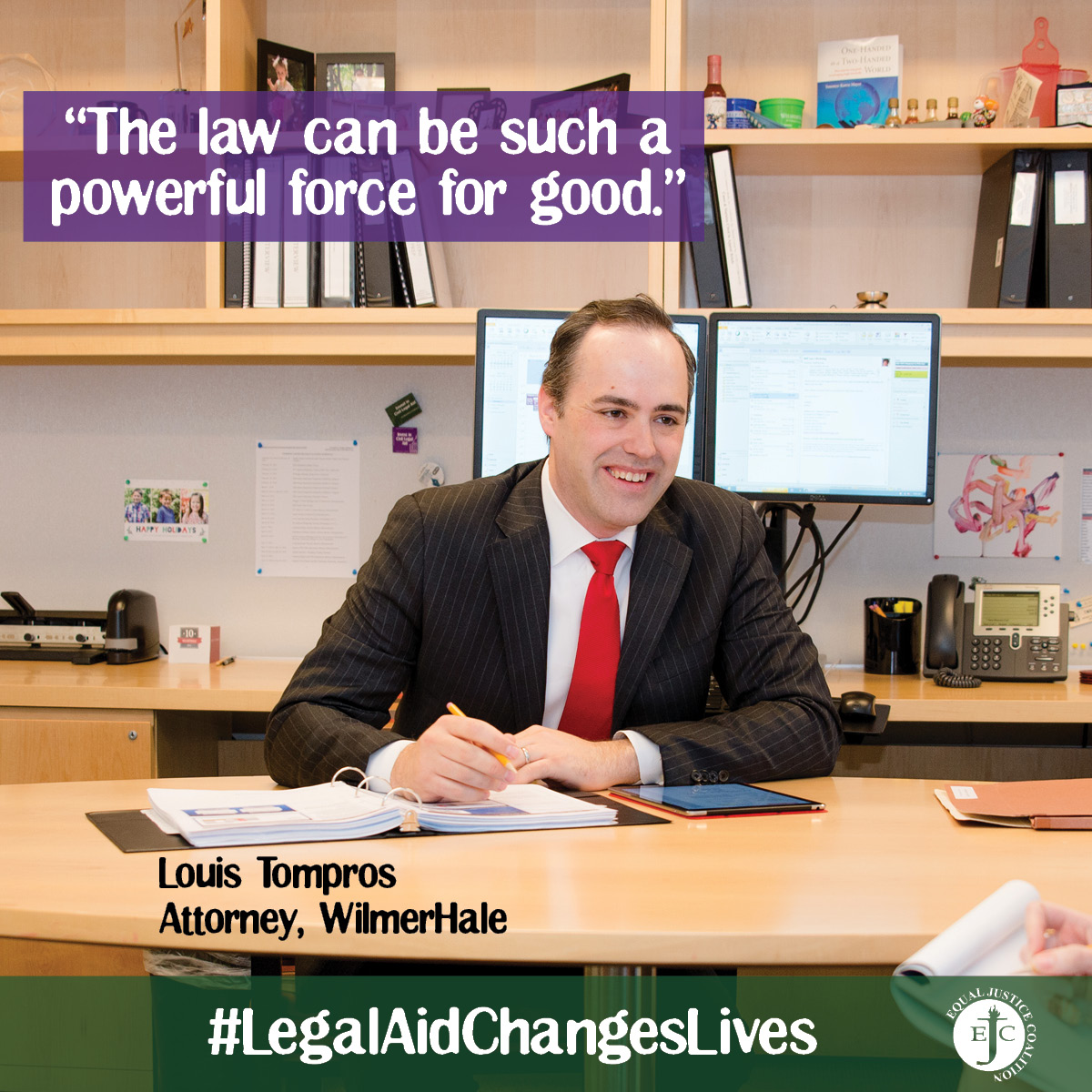 Motivated by a desire to help people access and understand important information, Louis Tompros grew up thinking he would be a high school teacher. He became a lawyer instead, finding in the law the same potential to teach, empower others, and do good. Now a partner at WilmerHale, Tompros loves the day-to-day work of being an intellectual property attorney, meeting inventors and solving problems. But it’s the time he spends working on pro bono cases and advocating for civil legal aid that reminds him why he became a lawyer. After attending the Walk to the Hill for Civil Legal Aid for many years with his WilmerHale colleagues, Tompros joined the Equal Justice Coalition, and has been working to increase the engagement of young lawyers and other members of the private bar in advocacy for civil legal aid. Said Tompros, “The law can be used for a lot of different things. Civil legal aid—and using the law to help people in need—is the most important thing.”