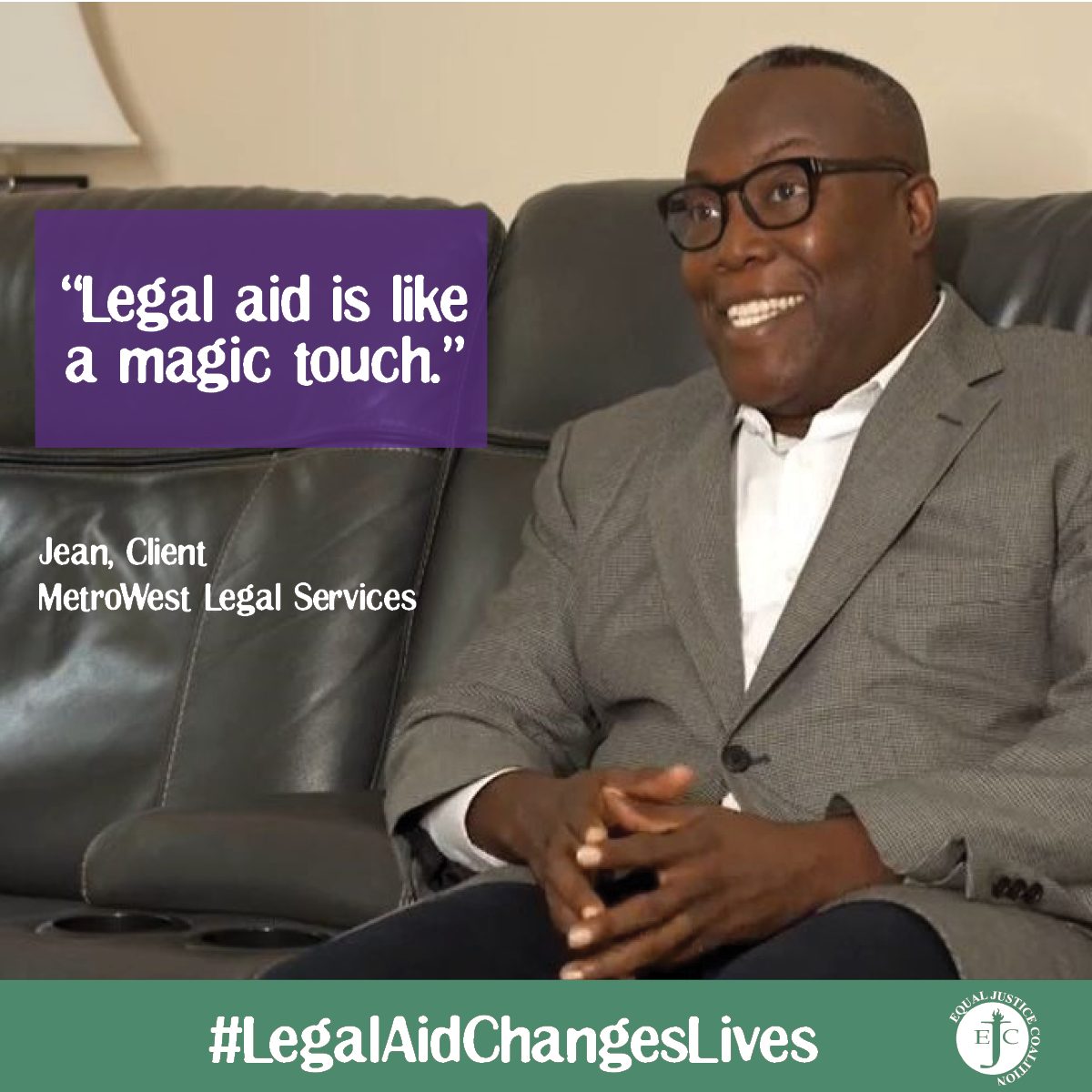 Jean, a single father of two sons, was working as a van driver when the COVID-19 pandemic struck. He was laid off from his job, and found it increasingly difficult to pay his rent.

An immigrant from Haiti, Jean began to struggle with depression and noticed his high blood pressure increasing from the stress over his financial situation. His doctor referred him to MetroWest Legal Services, where a paralegal helped him apply for rental assistance. “That was the bridge,” Jean said. “She took my hand and said ‘Let me cross you over.’”

Jean’s legal team negotiated an agreement with his landlord. Rental assistance covered his back rent and a short-term lease allowed him to stay in his apartment until the end of the school year so his son could finish sixth grade.

After his eviction case was settled, Jean’s legal team represented him in a hearing with the Dedham Housing Authority, securing a Section 8 voucher, which he had previously been denied. “If I didn’t have a lawyer, I would end up on the street with my kids,” he said.

Jean said legal aid is like a “magic touch.” “You don’t find people like that much in the world—people who really care about people. People who really know what they’re doing and really want to help.”

Listen to Jean and other civil legal aid clients speak at the 2022 Talk to the Hill for Civil Legal Aid.