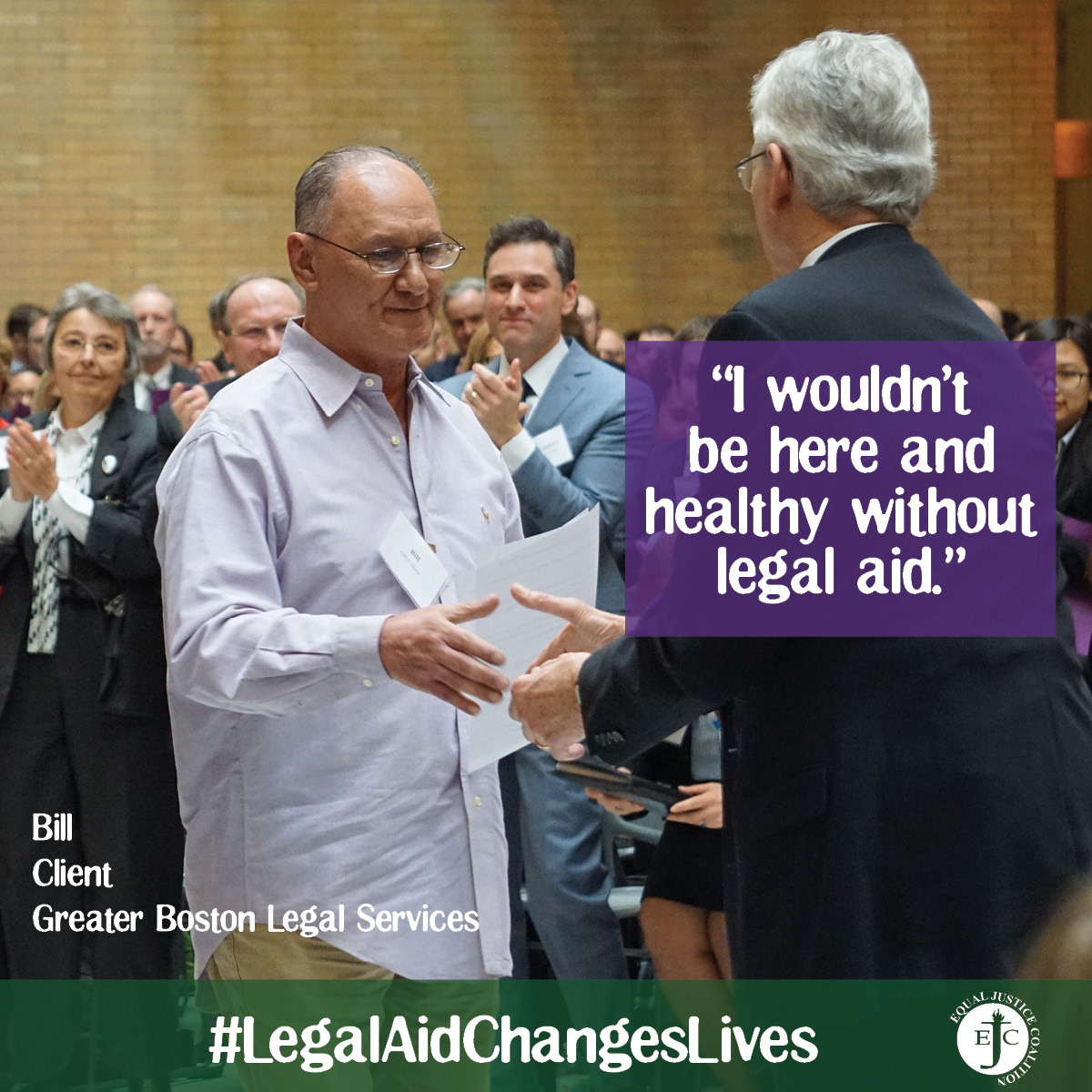 When Bill retired, he applied for MassHealth coverage and was approved. Eighteen months later, he was surprised to receive a notice saying his coverage had been terminated because he had a part-time job and needed to get health coverage through his employer. But Bill had no job, part-time or otherwise. Clearly the notice was wrong.

Having worked in the health care field as a respiratory therapist, Bill thought he knew the system well enough to quickly fix the problem on his own. Day after day, he called MassHealth and tried to resolve the issue. He was transferred from one department to another, but no one seemed to be able to help him. They insisted that he was employed, despite him submitting information that proved he wasn’t.

Bill was scared, because the termination notice had arrived at a crucial time for him; he was about to start a medication regimen for Hepatitis C, a disease that would be terminal without treatment. His doctors had told him that his condition was serious, and that treatment couldn’t wait.

Knowing he might not have another chance to get treatment, he contacted Greater Boston Legal Services, where an attorney was able to investigate the problem, which turned out to be a mistake in the MassHealth database. Thanks to legal aid, the issue was resolved within a week. Bill started his treatment soon after, and is now healthy.