In the only initiative of its kind in the country, some of the most prominent representatives of the Massachusetts legal community are joining together to urge Governor Patrick and the legislature to maintain funding for civil legal aid in the Commonwealth’s FY11 budget.

On February 26, 2010, general counsel from 99 corporations and institutions doing business in Massachusetts delivered their letter. This initiative began in 2000 with 15 signatories. CLICK HERE to read the letter sent to Speaker DeLeo. A similar letter was sent to Governor Patrick and Senate President Murray. 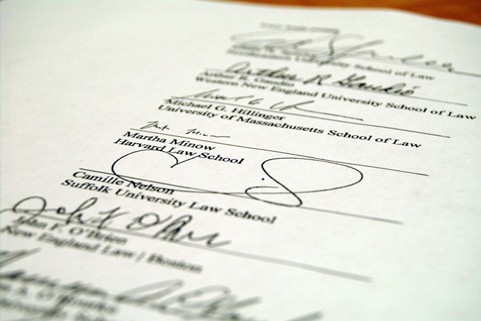